By accessing or using this Site, you agree to be bound by the terms and conditions as stated in the GobblerNation.com Rules & Terms

Picks on behalf of Guesswho - 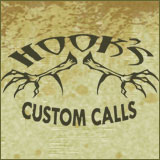 Dang I forgot to get in last week. Went out of town on work and completely slipped my mind

That sucks man... You are not the first one to do so. Most people quit after forgetting a time or two but you are still in the prizes. Just don't forget this week and try to nail the Wild Cards.
Top
Post Reply
8 posts • Page 1 of 1

Users browsing this forum: No registered users and 1 guest